In a recent article, Nintendo’s president Satoru Iwata stated that he sees the Wii U as important to the world–presumably the world of video games. Iwata sees the state of the game industry and sees the opportunity to bring something innovative. The impact is a noble goal and innovation receives applaud, but Nintendo’s latest console-in-work is not getting confident feedback. The graphics resemble the Xbox 360, the tablet controller raises its own set of uncertainties, and 3rd party support is unsure. The Mario Factory cannot have these kinds of issues if they want to be an impact. What they must do is unite their ideals with current gaming trends.

Nintendo’s ideal is for third-party developers to create games using the tablet controller, so it’s hard to conclude why they created the Pro Controller. It’s speculated that Activision compelled Nintendo to make a familiar controller or else they would not develop Call of Duty for the Wii U. On the other side, Nintendo created the Classic Controller for the Wii to give gamers a current and familiar setup, so it’s not as if Nintendo never considered this before. 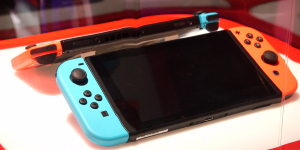 Whatever the reason, Nintendo made the correct decision by making the Pro Controller–a layout most 3rd party developers are used to making games with. Now Nintendo must let the developers choose the controller they want to use and refrain from micro-managing developers and forcing gimmicky, uninspired tablet controls.

Even with this model, Nintendo has plenty of room for tablet controller development. Nintendo is notorious for promoting its star peripherals with established franchises or new IPs based around the peripherals. Super Mario Galaxy, Wii Sports, Wii Fit, and the re-release of the Metroid Prime Trilogy are all examples. This is Nintendo’s best option for the tablet controller. They must create in-house games that show the innovation and functionality of the tablet controller. 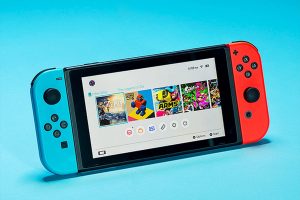 Balancing controller options for developers isn’t the only way Nintendo can make their console a platform of impact. Adding new IPs from 3rd party developers and developing new 1st party options will increase the Wii U’s favor. However, this isn’t exactly Nintendo’s ideal.

According to an editorial study written by Gamespot’s Brendan Sinclair, Nintendo had the least amount of new IPs this generation. Mario, Zelda, Metroid, Star Fox, Animal Crossing, and Super Smash Bros. are all great games–when executed well–but if Nintendo wants to make an impact, they have to change what it develops on its console. The industry trend is to introduce a few new IPs with new consoles. Nintendo cannot pass up this opportunity.

Nintendo acquired Netflix for the Wii–which will probably be on the Wii U–and they took another step forward adding Hulu to the Wii U. Nintendo should continue to increase their entertainment options. Perhaps take a hint from the Ouya and include Twitch.tv support. Youtube and Facebook are options too. Nintendo offering free online-only sweetens the deal, so it’s advantageous for them to include as many entertainment options as possible.

Ideally, Nintendo wishes to keep their online functions free and most of all: safe. Nintendo understands the audience it’s reaching–although the audience is broader with the Wii U–and uneasy parents don’t like the unseen faces of the internet. Nintendo created friend codes to minimize the degree of problems, but friend codes inversely created more problems in gaining and retaining gaming buddies. This is not the gaming trend. Considering all this, you will find that gaming websites like PKV Games will also get affected in the long run.

Nintendo has a great opportunity to create an online experience that satisfies current gaming trends and keeps uncomfortable parents at ease. I’m not talking about reinventing the security wheel; Nintendo probably doesn’t have the resources to do that. This is about Nintendo creating simple, reliable friend connecting, chat, and game-playing options while having the same security that friend codes are intended to have while remaining free. Considering what happened with Sony a year ago, Nintendo has a huge opportunity to capitalize.