It’s been more than 3 full years since Microsoft unveiled the Xbox 360 to the public. Despite some setbacks, like losing the HD format war and the emergence of hardware problems, the console’s popularity is still chugging along like The Little Engine That Could. Just last week it outsold both Sony and Nintendo on their home turf, Japan.

Last year, when Microsoft ditched the HD-DVD format for their system and announced a faulty piece of overheating hardware, many were already writing the obituary for the Xbox 360. Still, to this date, it has sold more than 6 million units more than their rival, Sony’s Playstation 3.

While Microsoft may not have the best hardware of the next-gen gaming consoles, the on 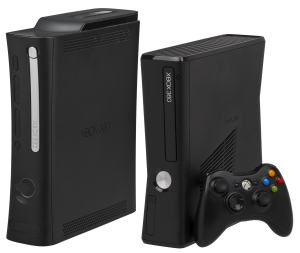 e reason shoppers keep turning to the Xbox 360 is the quality of the games. Exclusive titles such as Gears of War 1 and 2, Halo 3, and Fable II are certainly getting the job done with over 15 million copies shipped in total sales.

Future publishers are taking note of this switch in power between Sony and Microsoft, as formerly exclusive Sony titles are now open on the market. Two glaring examples of this trend are the upcoming releases of Resident Evil 5 and Final Fantasy XIII. The past 5 releases of the Resident Evil series and past 7 Final Fantasy titles have either been Sony exclusives, or closed to development for a Microsoft console.

Sony still leads in the number of online subscribers with over 20 million members registered on their free Playstation Network. Still, the Xbox 360 trails by just 2 million subscribers despite charging money for its Xbox Live subscription.

Even with this gap, Xbox 360 exclusive title Gears of War 2 is far more active than its Sony counterpart, Resistance 2.

Appearing to have defeated Sony, Microsoft’s next challenge will be catching up to the Nintendo Wii, which has thoroughly dominated in sales since its 2006 release. With 44 million systems sold, the Nintendo Wii is the most popular system on the planet. These staggering numbers are due to the Wii’s ability to draw in audiences of all ages, even senior citizens, with games such as WiiFit and WiiSports, which promote physical fitness.

This week marks one of few occasions that the Xbox 360 has sold more than the Wii, edging them out by about 9,500 units. To make matters even worse, Nintendo has already moved 17 million more total units than the Xbox 360 over the past 3 years. 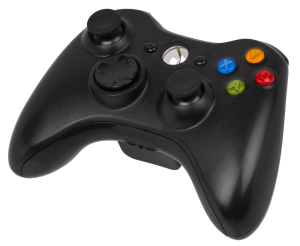 Nintendo and Microsoft have more in common than most realize is that they can enable the internet browsing in their console for the user, so they can enjoy the gameplay in situs casino dewicasino88. Both have been questioned if they would be able to survive in the console video game industry. Nintendo was stumbling with lackluster sales of their Gamecube console system in the early 2000’s, while Microsoft had to deal with the Xbox 360’s early hardware problems. Now, they sit at the top of the gaming world.

With the success of the Xbox 360, Microsoft has proven that it is cemented in the console video game industry. As we near 10 years since the release of the first Xbox, questions surrounding Microsoft’s marketability and future should be laid to rest.